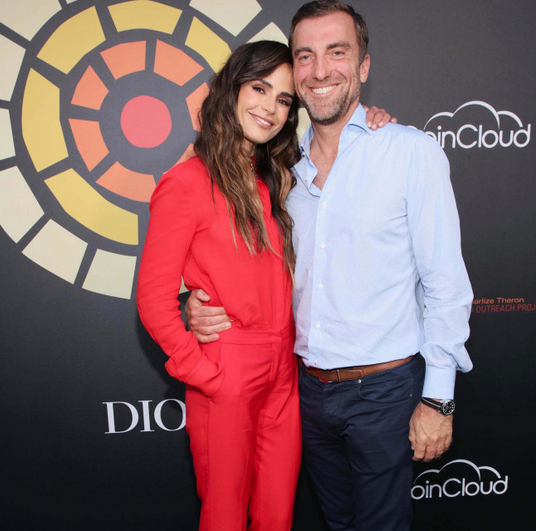 The 41-year-old actress announced her engagement by sharing a picture of herself wearing a sparkler on her ring finger as she cozied up next to the 44-year-old tech CEO. The photo came with the caption;

JB soon to be JBM

Brewster and Morfit were first linked as a couple in July 2020, and the actress had admitted to flying to see him just days after filing for divorce from her now-ex-husband Andrew Form. This will be the second marriage for both of them.

The actress was married to Andrew Form for 13 years before splitting in 2020. The two share sons Rowan, 5, and Julian, 8.

Morfit is the CEO of ValueAct Capital, an investment company, and was formerly on the board of directors for Microsoft from 2014 until he stepped down in 2017.

In an essay published on Glamour in June, Brewster had written;

“Mason and I had met once, while we were both still married, four years ago.

“I took note of Mason; he was cute, charming. Shortly after that lunch I started following him on Instagram.

“Four days after I separated from Andrew, I was on a plane to San Francisco to visit this man I had met only once but who had stayed on my mind.”

Brewster disclosed that when she started spending time with Morfit, he had been separated from his wife for two years. She said from the moment they met up, they saw each other every week.

“I’m already planning my second wedding in my head.

“But I stop myself when I get that rushed, buzzy feeling.

See how Tight and small Tiwa Savage Psssy Is -Video

What people did not notice in Tiwa Savage Sekz Video

We will destroy you any minute from now – Buhari makes shocking announcement that Will affect..

Tiwa Savage: This is the leaked Sekz video everyone is looking for – Watch

video of Couple Chopping themselves in the Public goes viral -Watch